Can I extol the virtues and delights of a summer in Britain nearly enough? When the sun comes out here life is a holiday. I have never seen a smile quite like the look of wonder as an English gent takes his pint outside to sit on the pub wall in the sun; as a child trundles up to the rock pools and realises the sand is warm; as the surfer takes her dog to the beach and they spend the day together playing in the waves; as the old couple sit and enjoy the fragrances and colours of the garden they have spent years creating together. Paradise. The word comes form an old Persian word ‘Pardeiza’ meaning ‘Garden’. 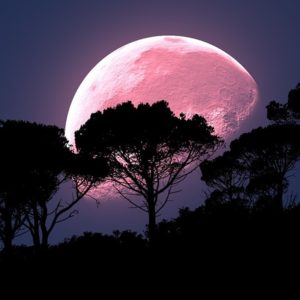 Summer lets your bones relax. Your body opens up, time opens up, space expands. It all seems a lot better than it was and life is good. In Oxford today we chanted the Antaar Naad Mantra. ‘Antaar’ is the essence of and ‘Naad’ is the sacred sound. It is a full moon meditation which names the infinite origin, and the creativity on earth, woven together and projected through sound. This mantra gives mastery of the spoken word, protection, and wisdom of past present and future.

We practiced a kundalini kriya called Moon Kriya, where we chant “Har!” (creation) while moving our hands to stimulate one of our moon meridians. We also practiced Kriya to Make You Enchantingly Beautiful. Yes there is such a kriya. This ends with the mantra “Hum” which means We, uniting us because as Russell Brand will tell you: we are all One!

We also chanted the first lines of Guru Gobind Singh’s powerful prayer, Jaap Sahib: the wonderful Mul Mantra, considered the highest mantra. It talks of Primal Truth, of Creator and creation being one. Truth within and in the universes beyond time, beyond birth and death. It contains the root of sound that is the basis of all mantras. It orients like a compass to keep consciousness of our soul.

Then we chanted Chattr Chakkr Varti, which brings you back to your power, aligning it to the power of nature pervading in all the four directions, self – illumined and united with all. These are the last four lines of Jap Ji. Chattr Chakkr Varti removes fear and anxiety. It instills courage, fearlessness and brings victory. It gives self-command and self-grace. 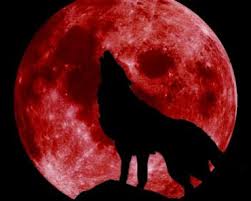 And to seal in all that mastery, power, truth and grace, we chanted “Ad guray nameh, jugad guray nameh, sat guray nameh, siri guru deve nameh” which means ‘I call on the primal wisdom, the wisdom true through the ages, the true wisdom, the great unseen wisdom.’ You are guided from the primal core through every moment of experience, in your heart’s deepest truth by the infinity of your highest self. This mantra clears clouds of doubt and surrounds the magnetic field with protective light.

Tomorrow on 28th I will celebrate the June full moon  – called Strawberry Moon by native Americans, also Rose Moon, Mead Moon, and Hot Moon – by swimming in the river at Portmeadow. The water is warm and the moon is tantalising as it promises secrets to be found in the depths. Swans pass silently by with signets and geese fly over. The ducks are outrageous as usual and sometimes the horses stop to take a drink at the opposite bank. This is when it feels so good to be on the planet – and it doesn’t cost a thing. Wahe Guru!